You are here: Home → Projects → Yamaha 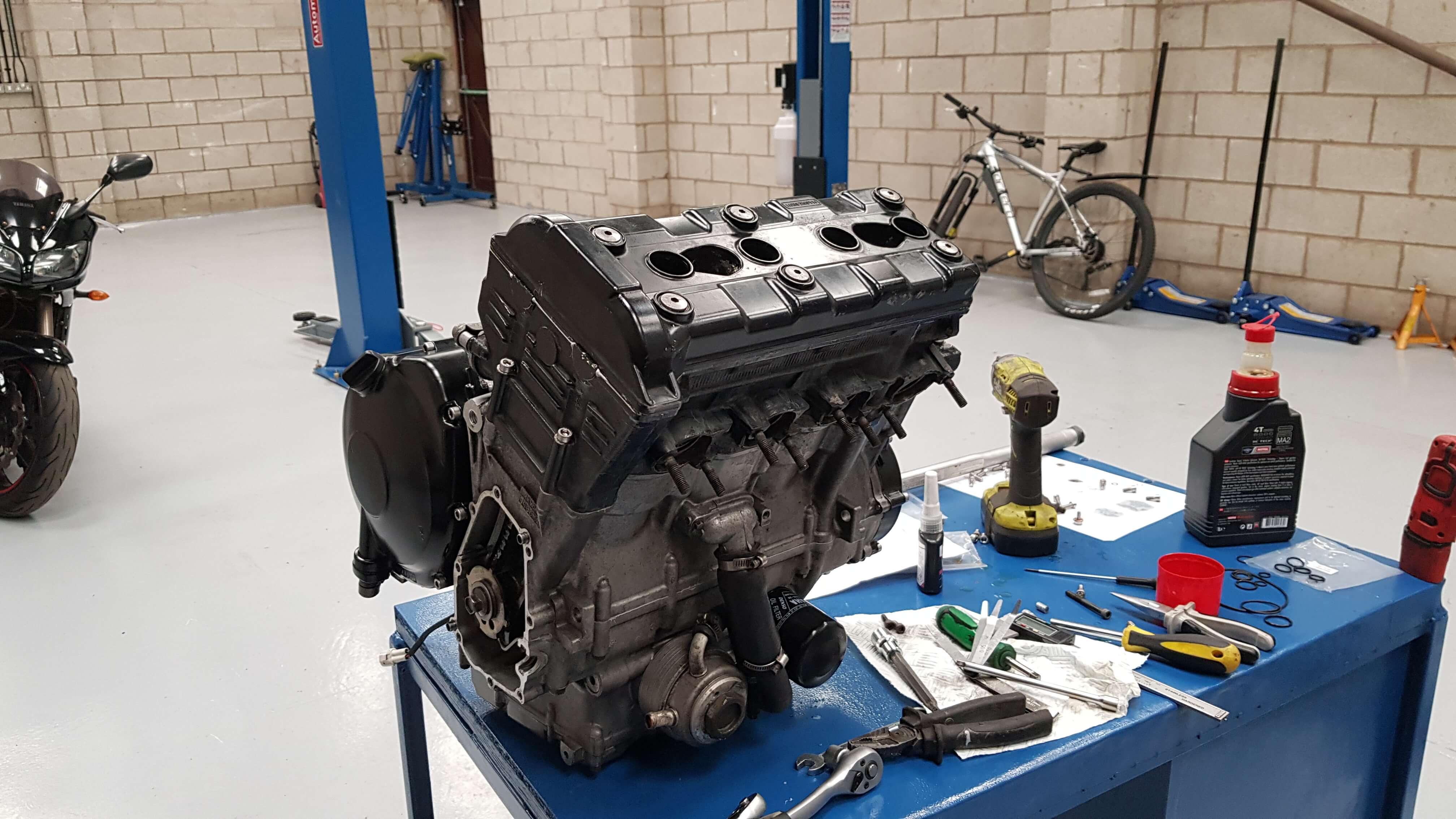 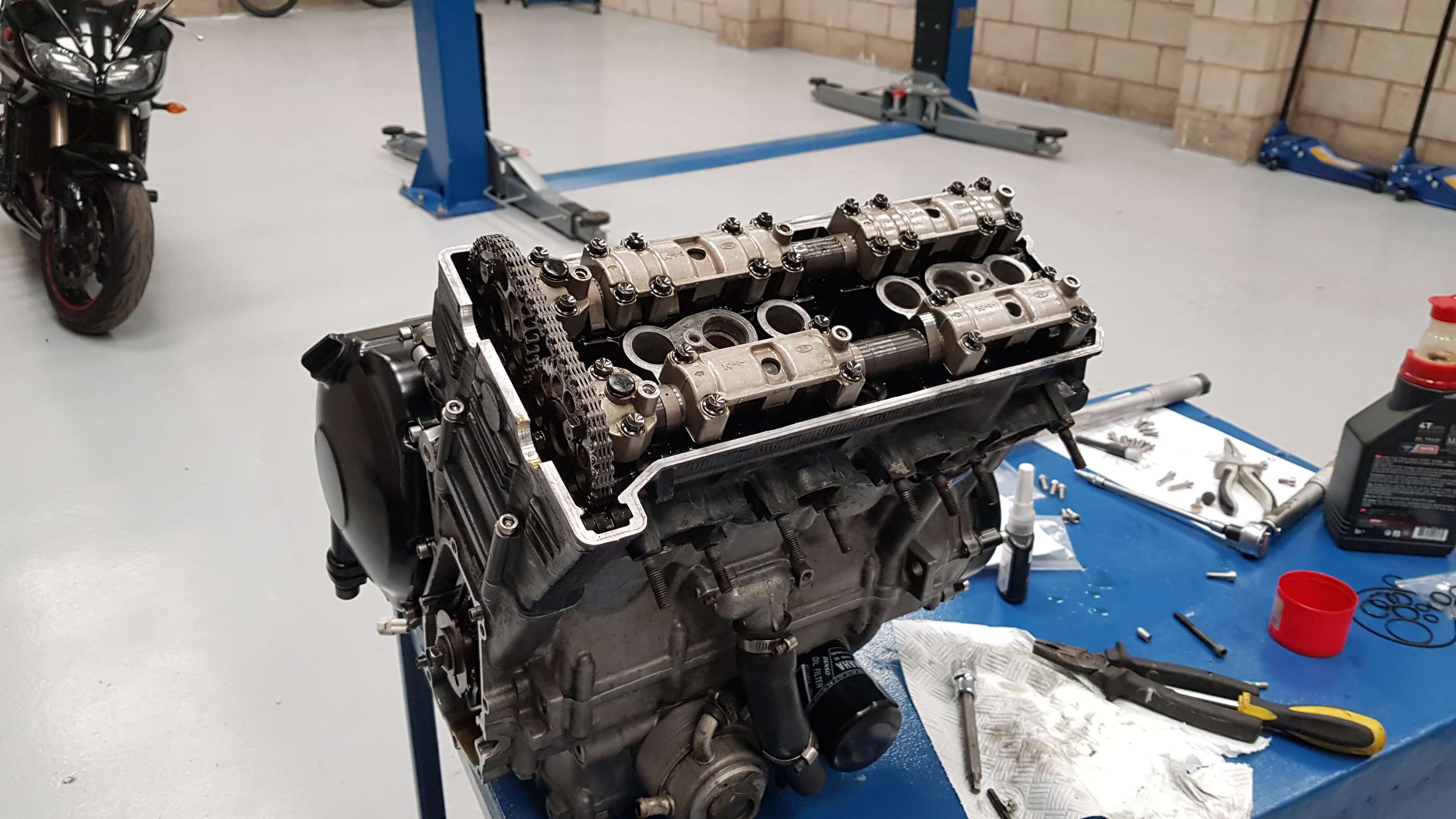 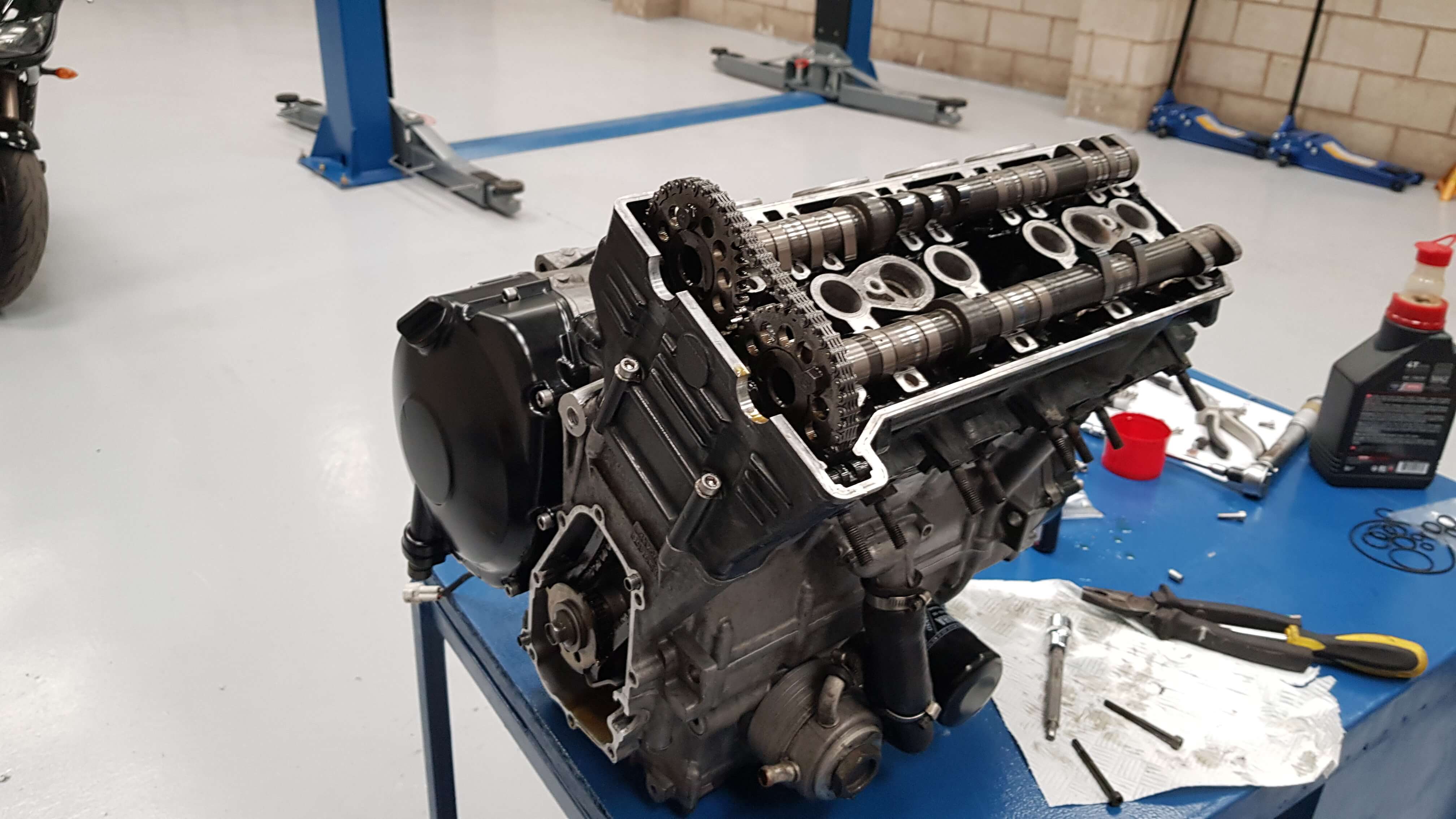 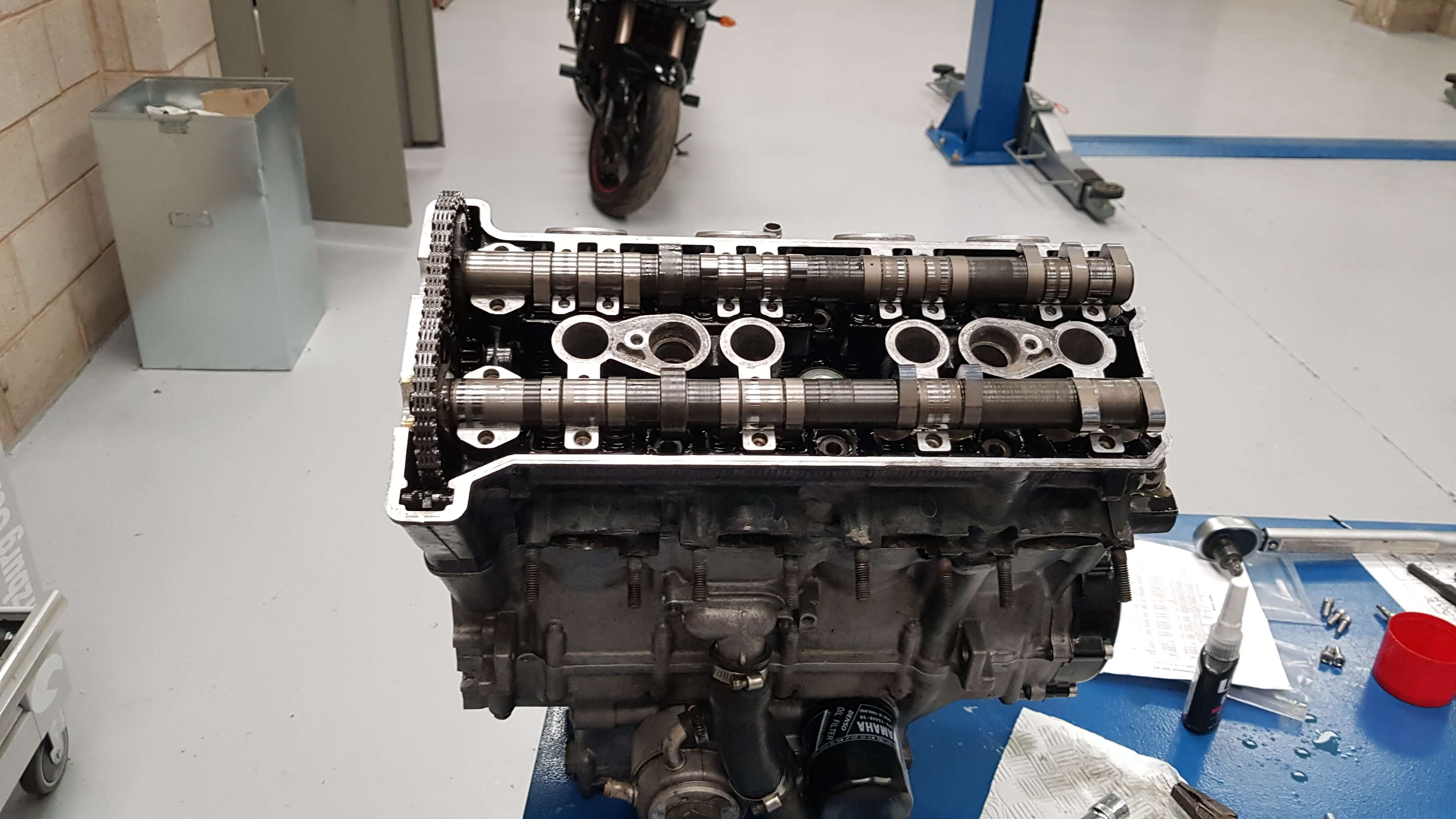 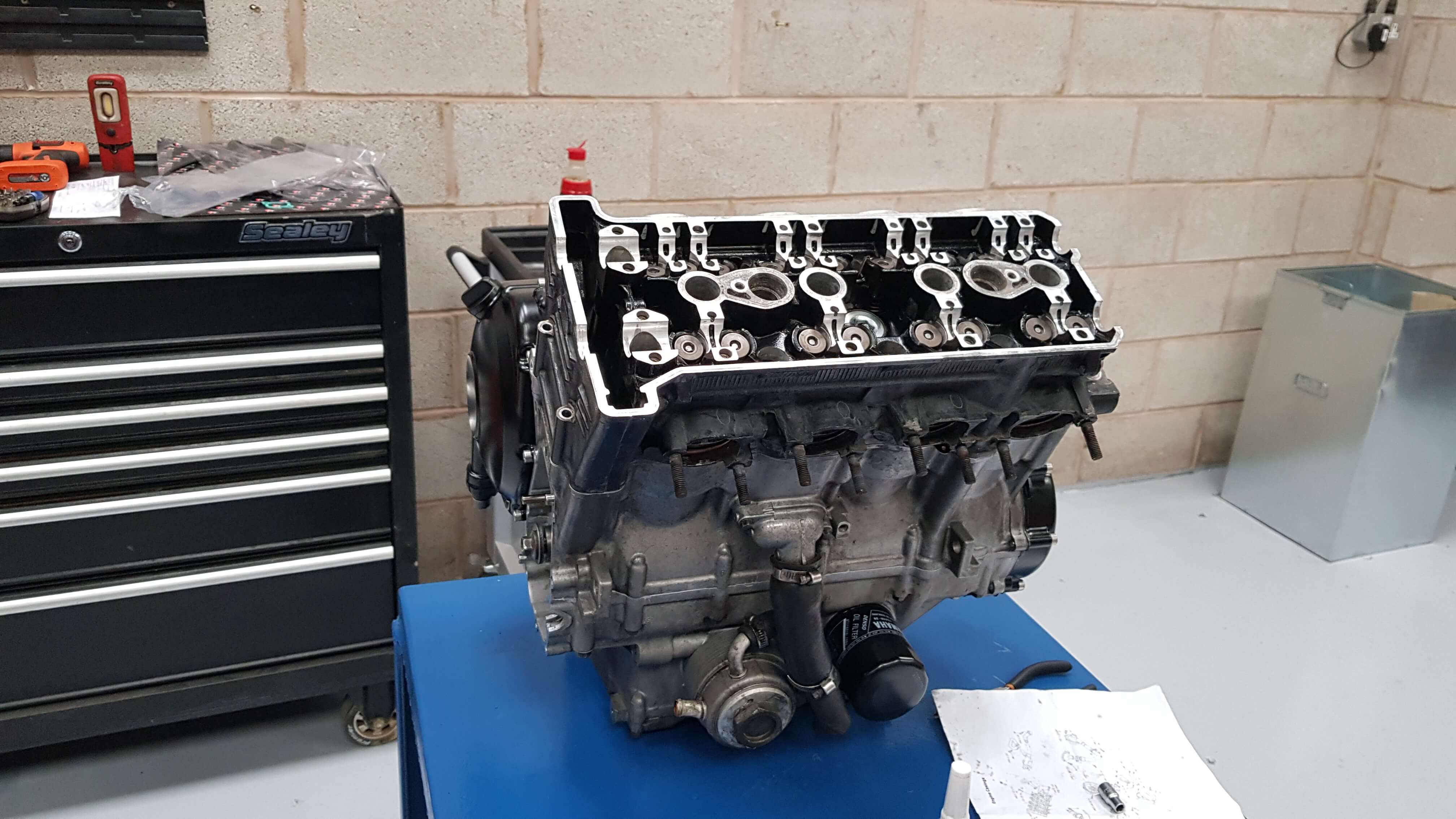 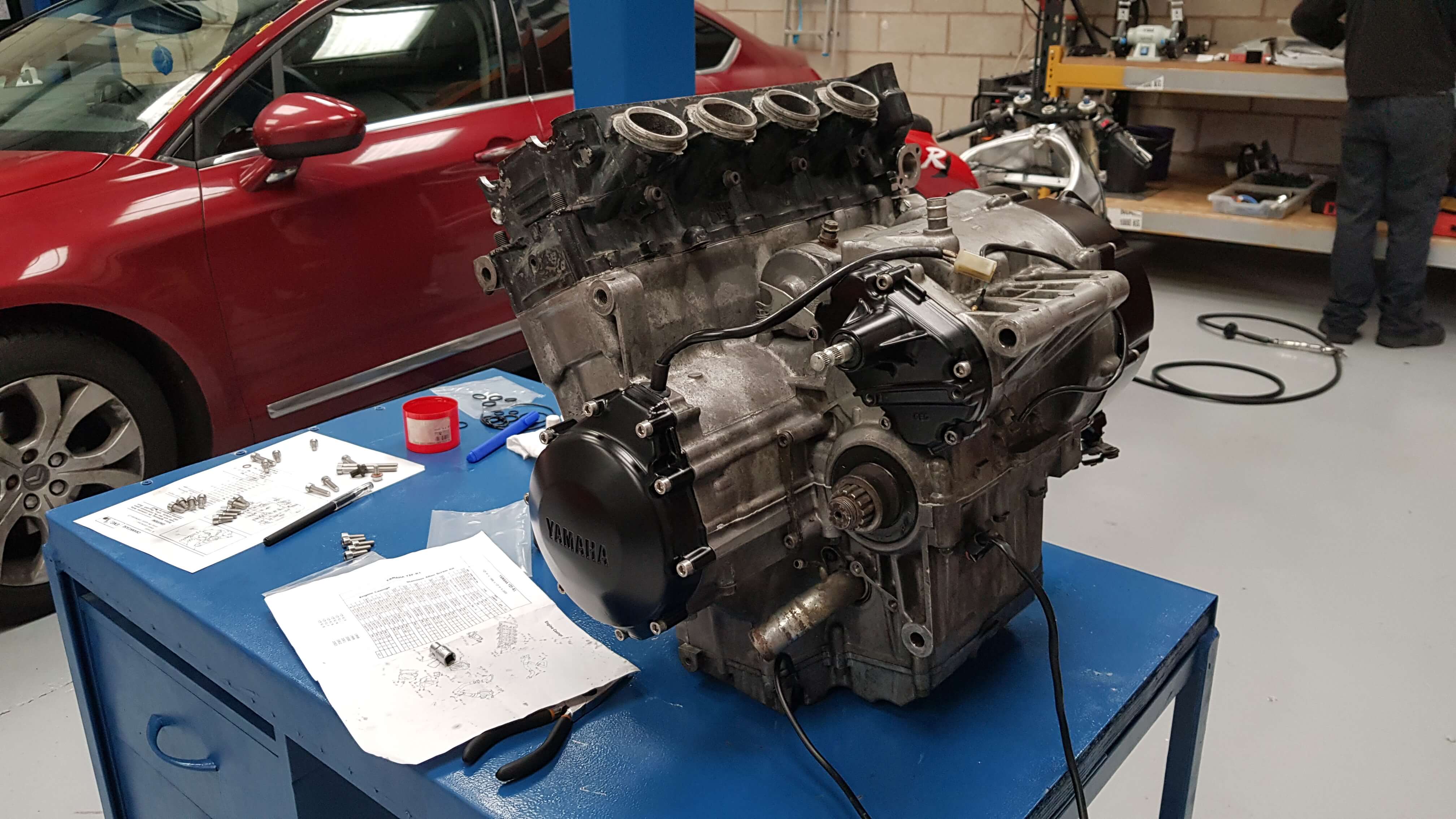 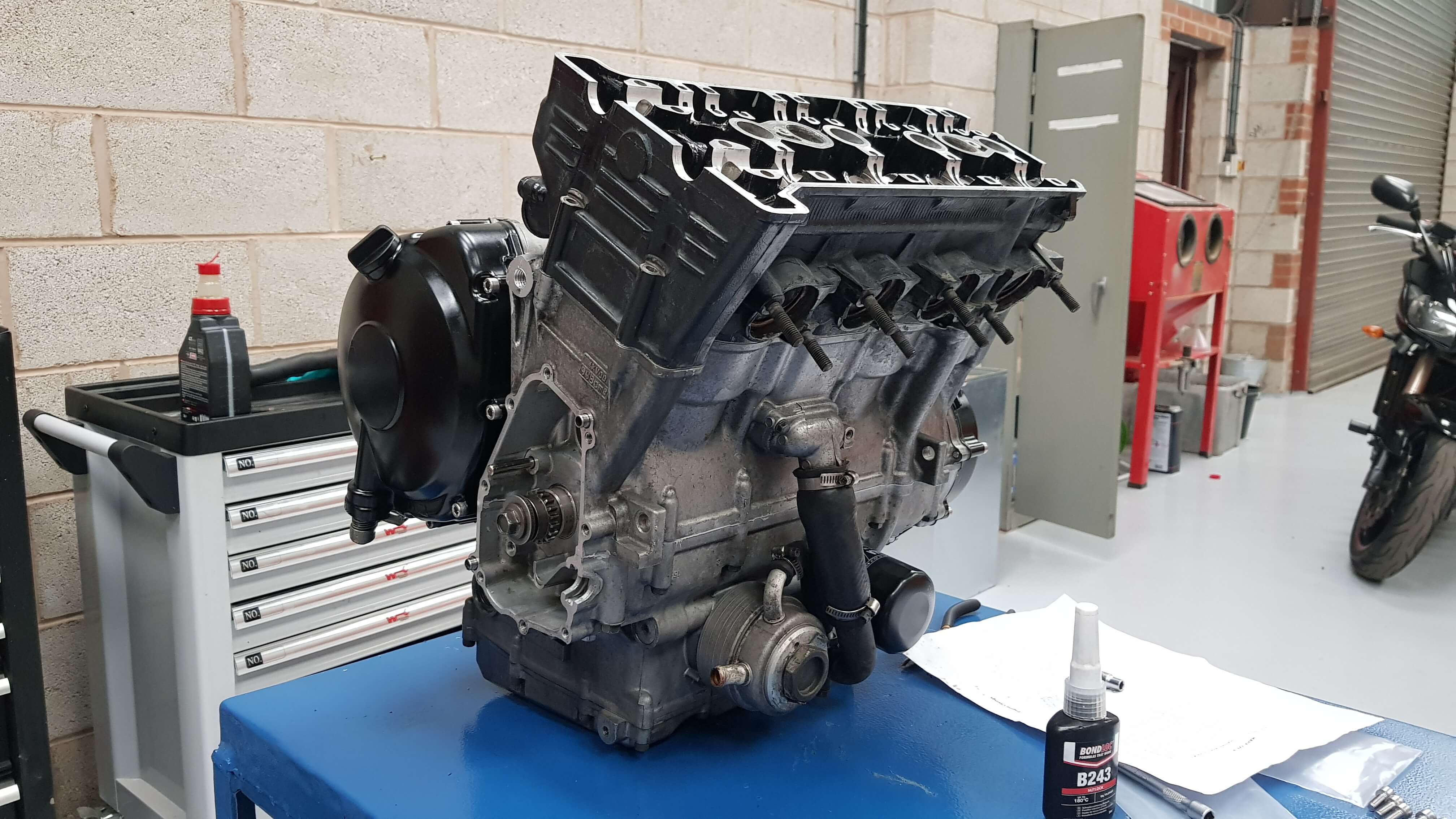 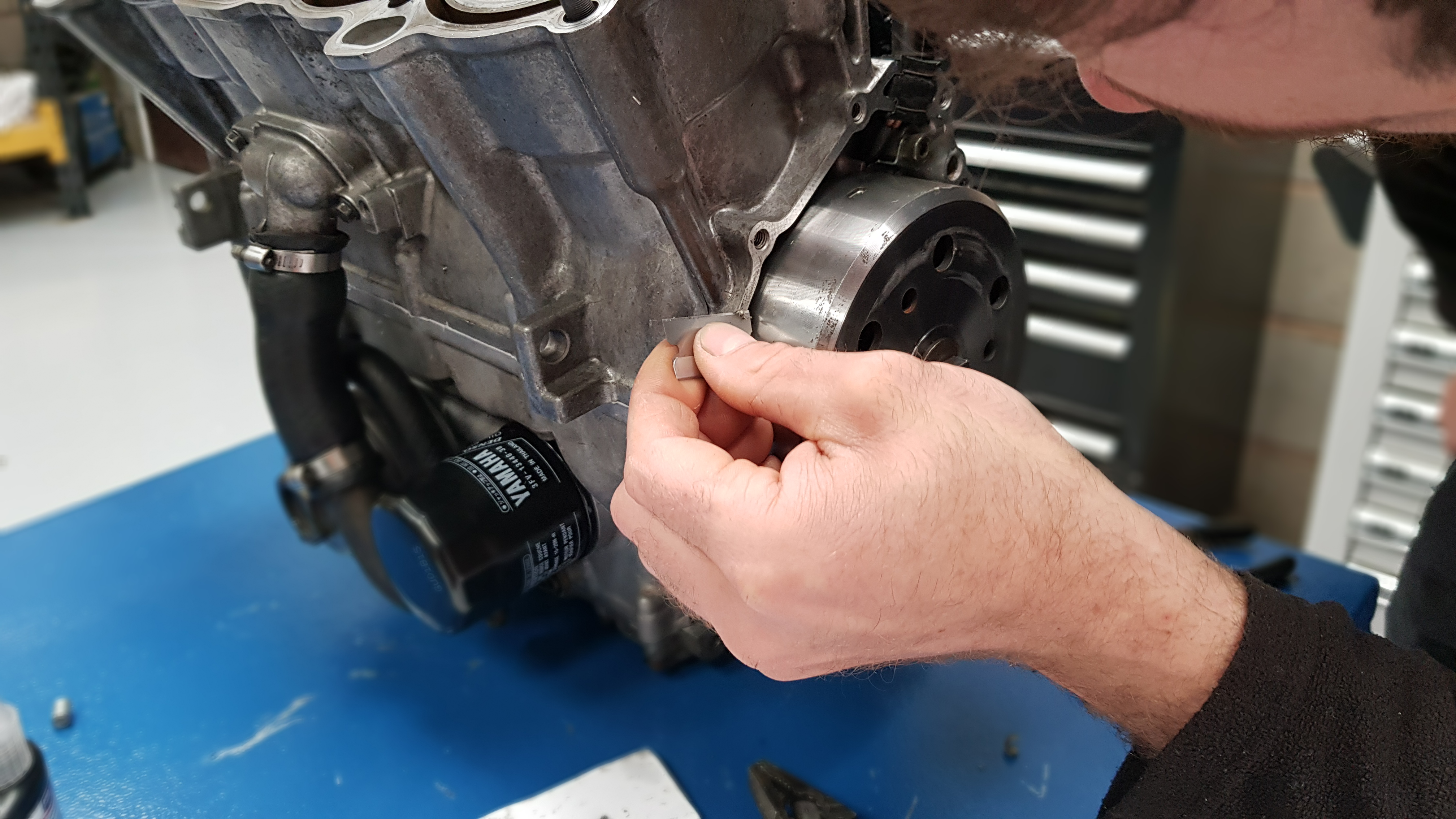 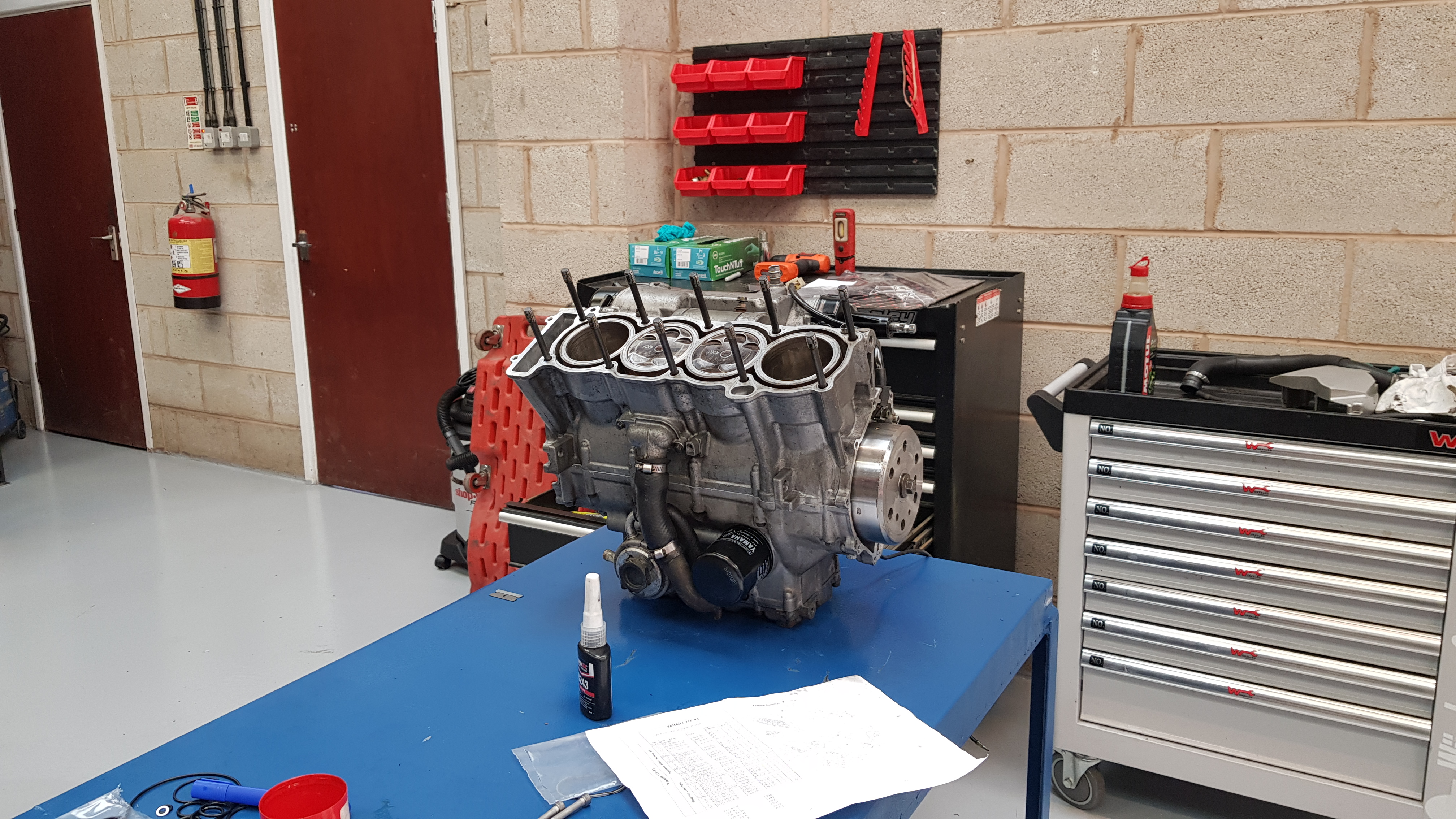 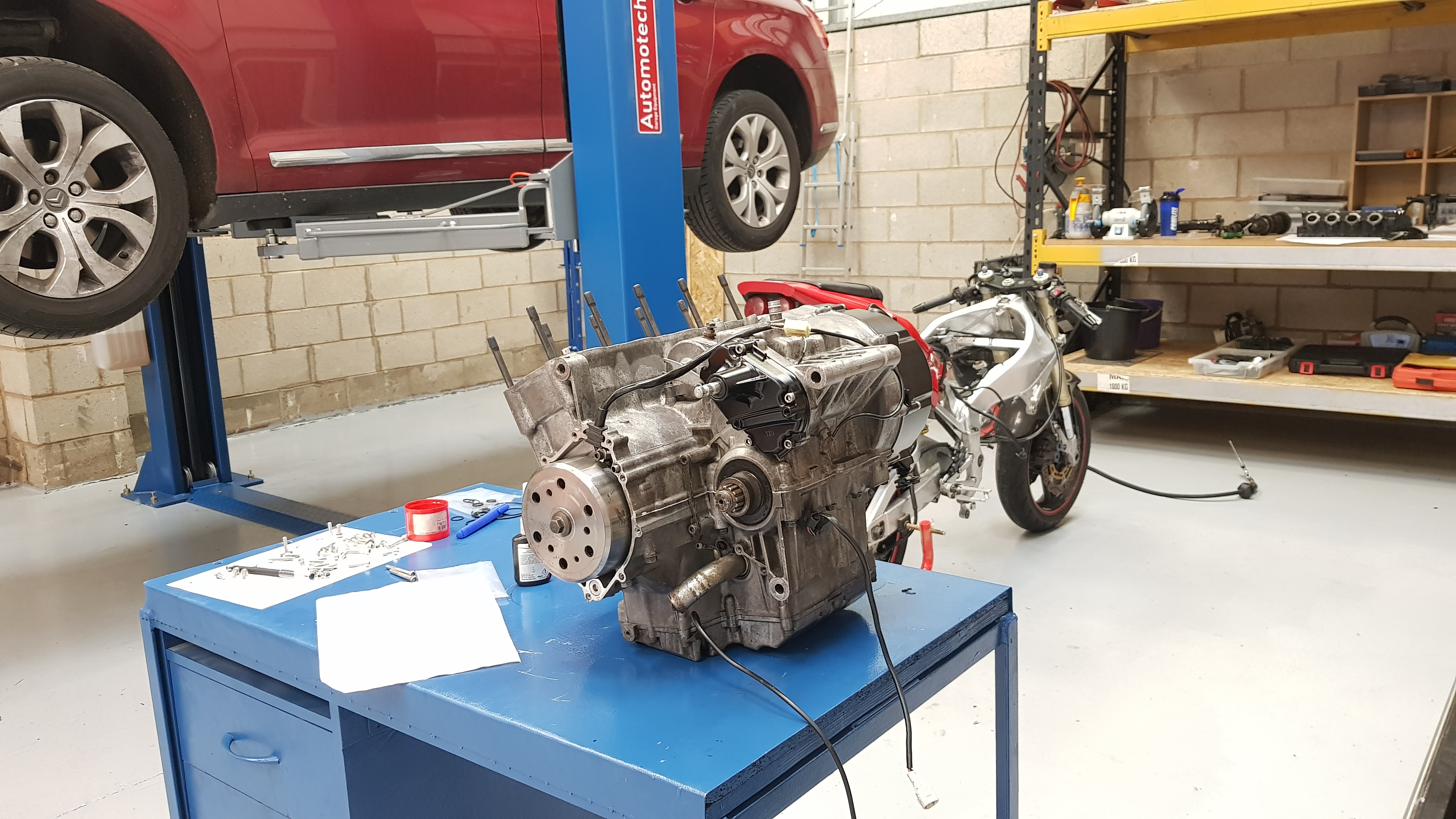 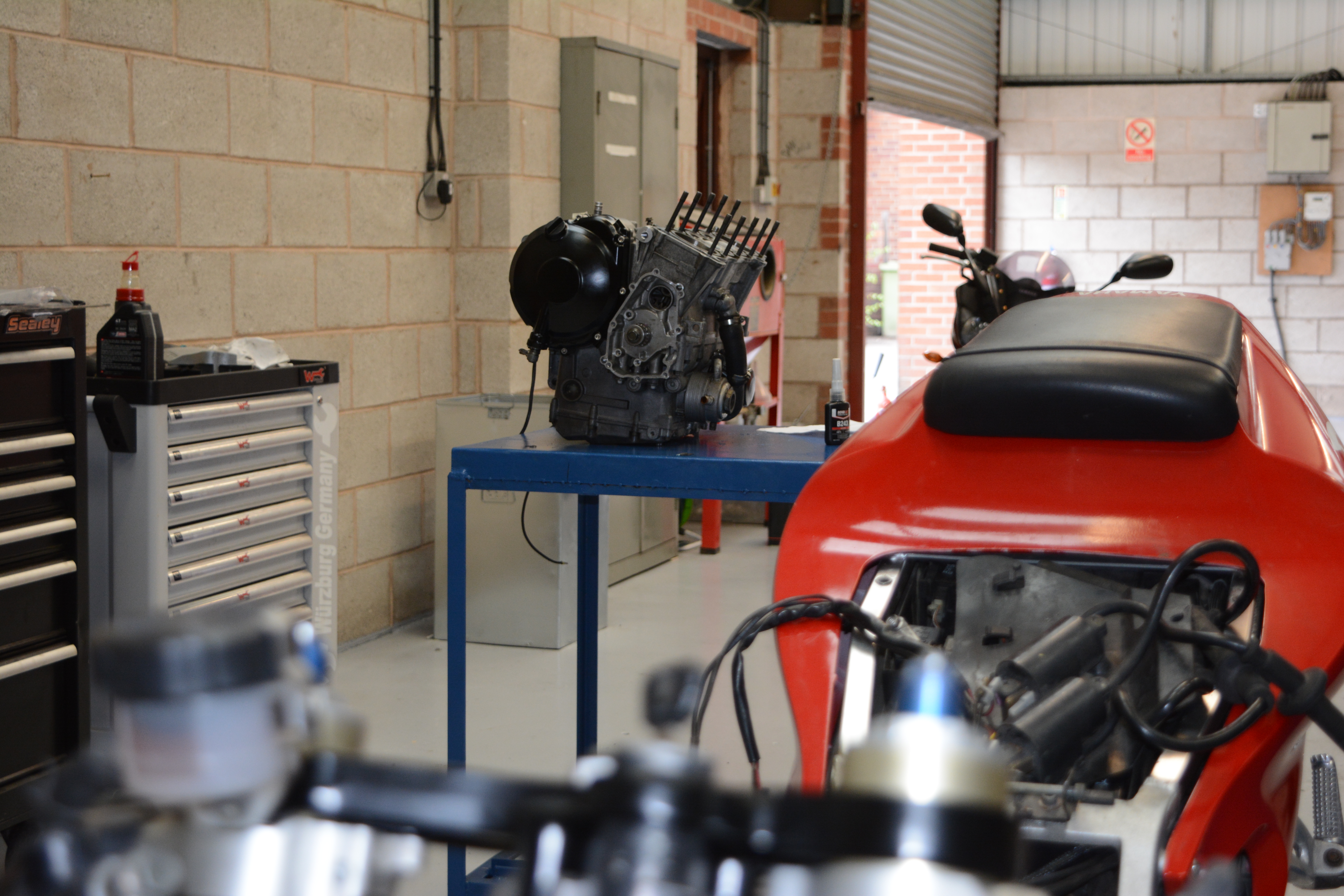 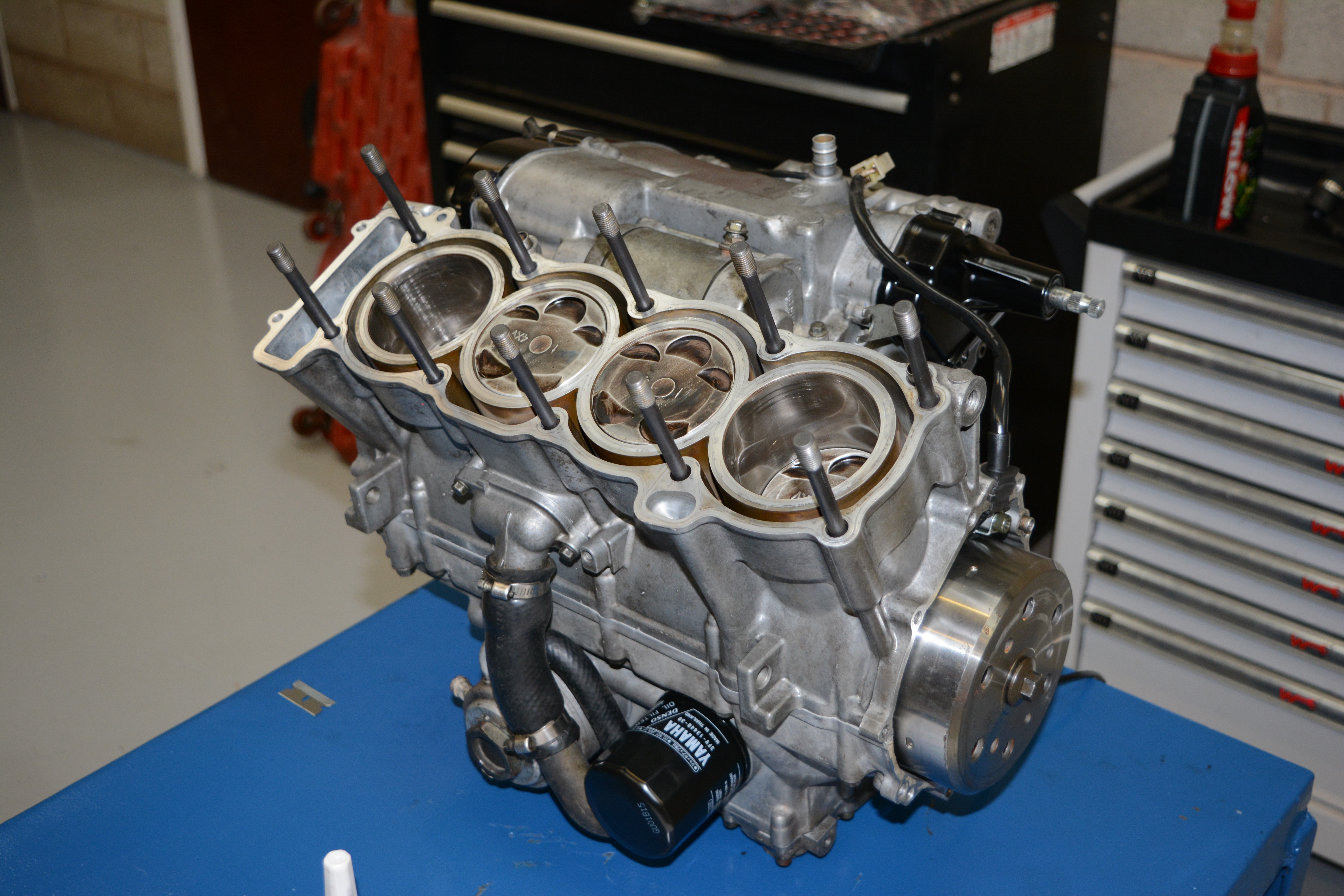 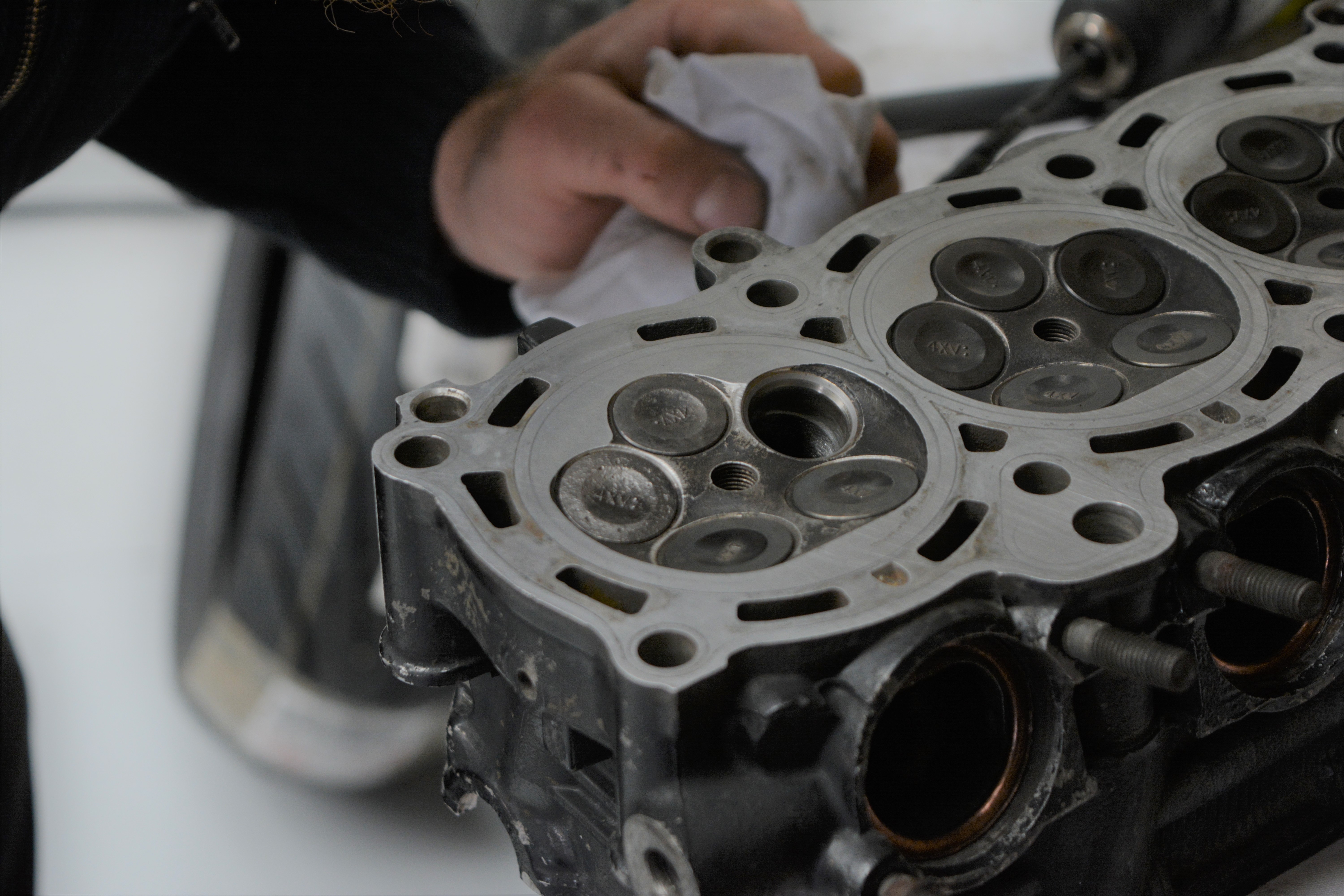 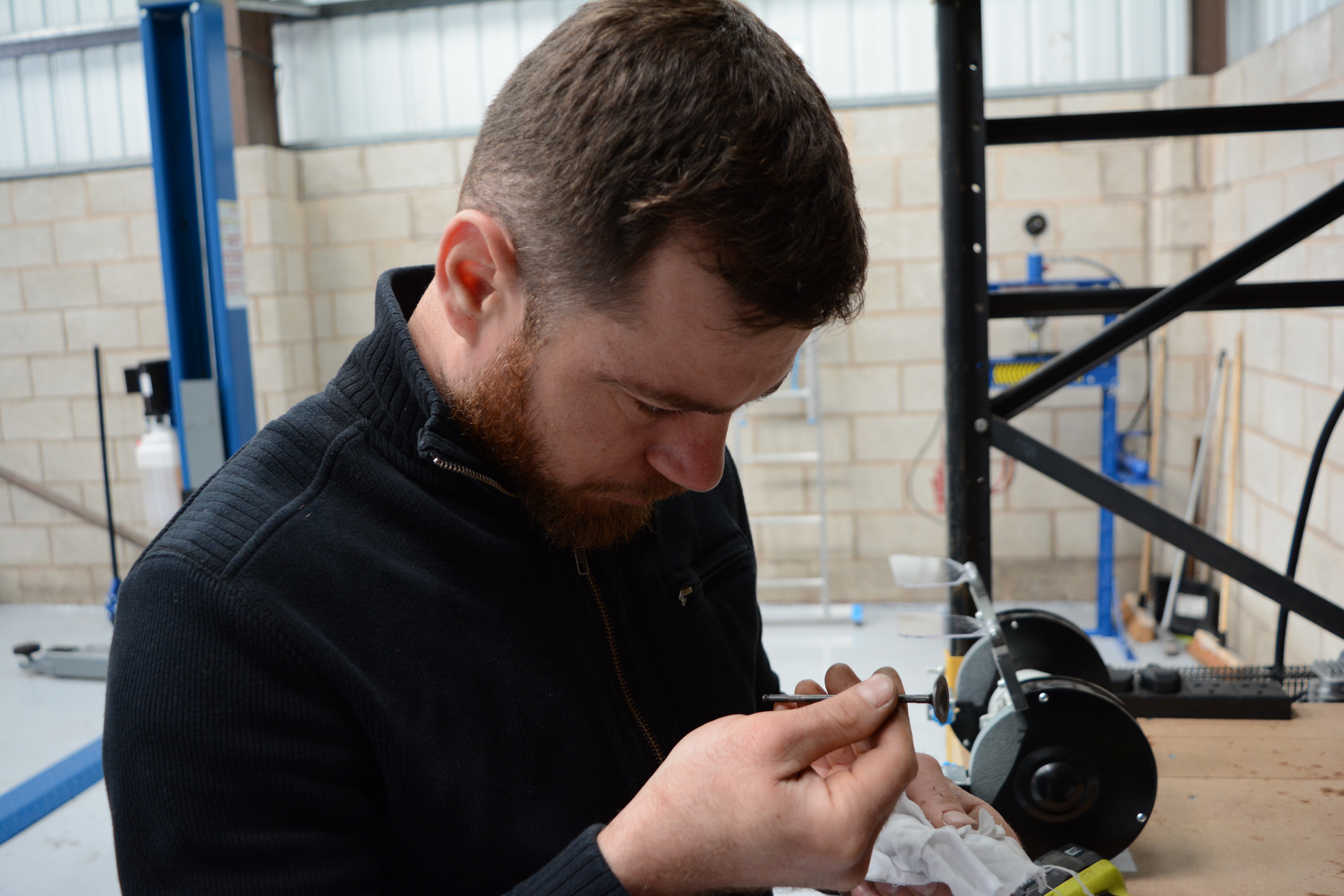 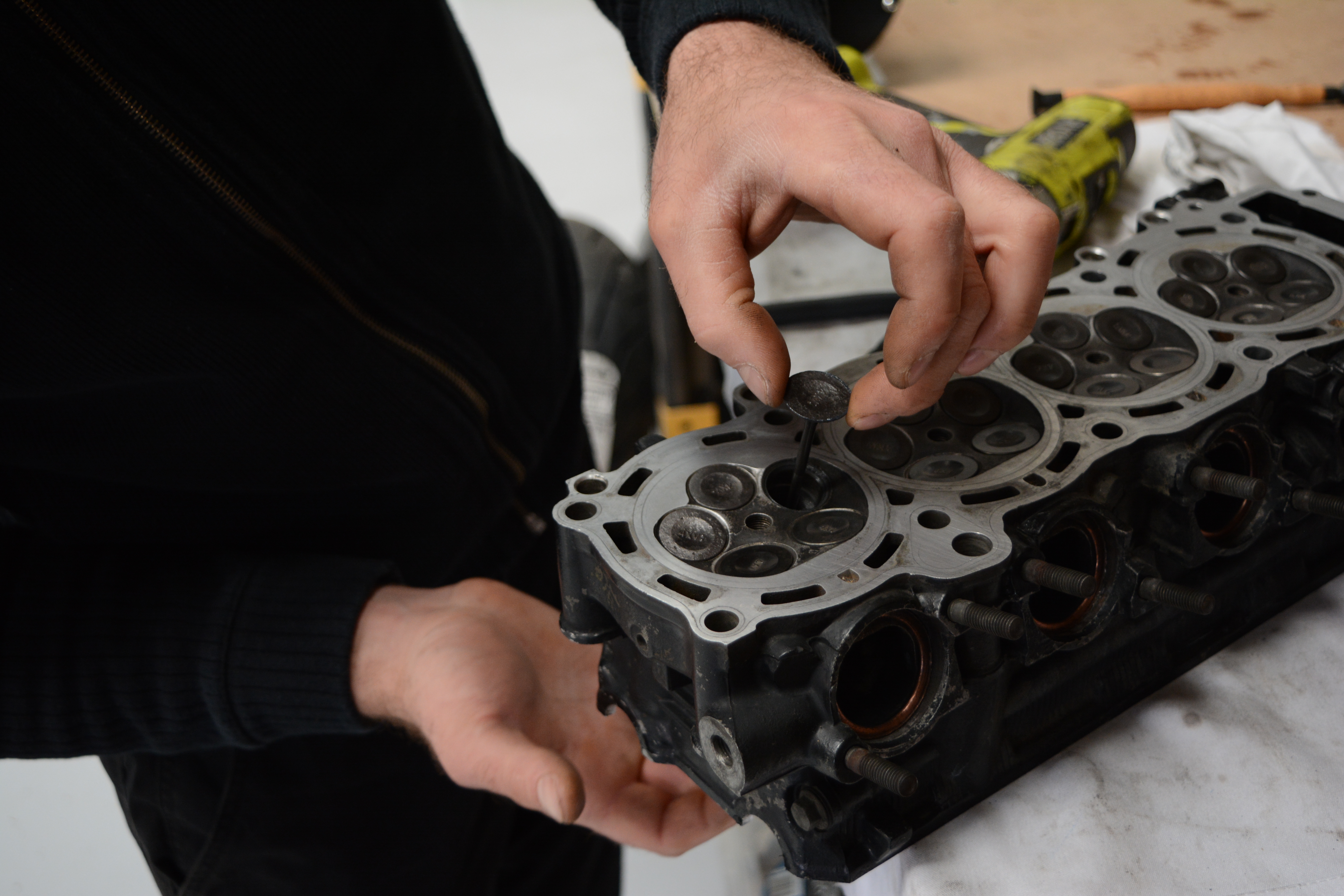 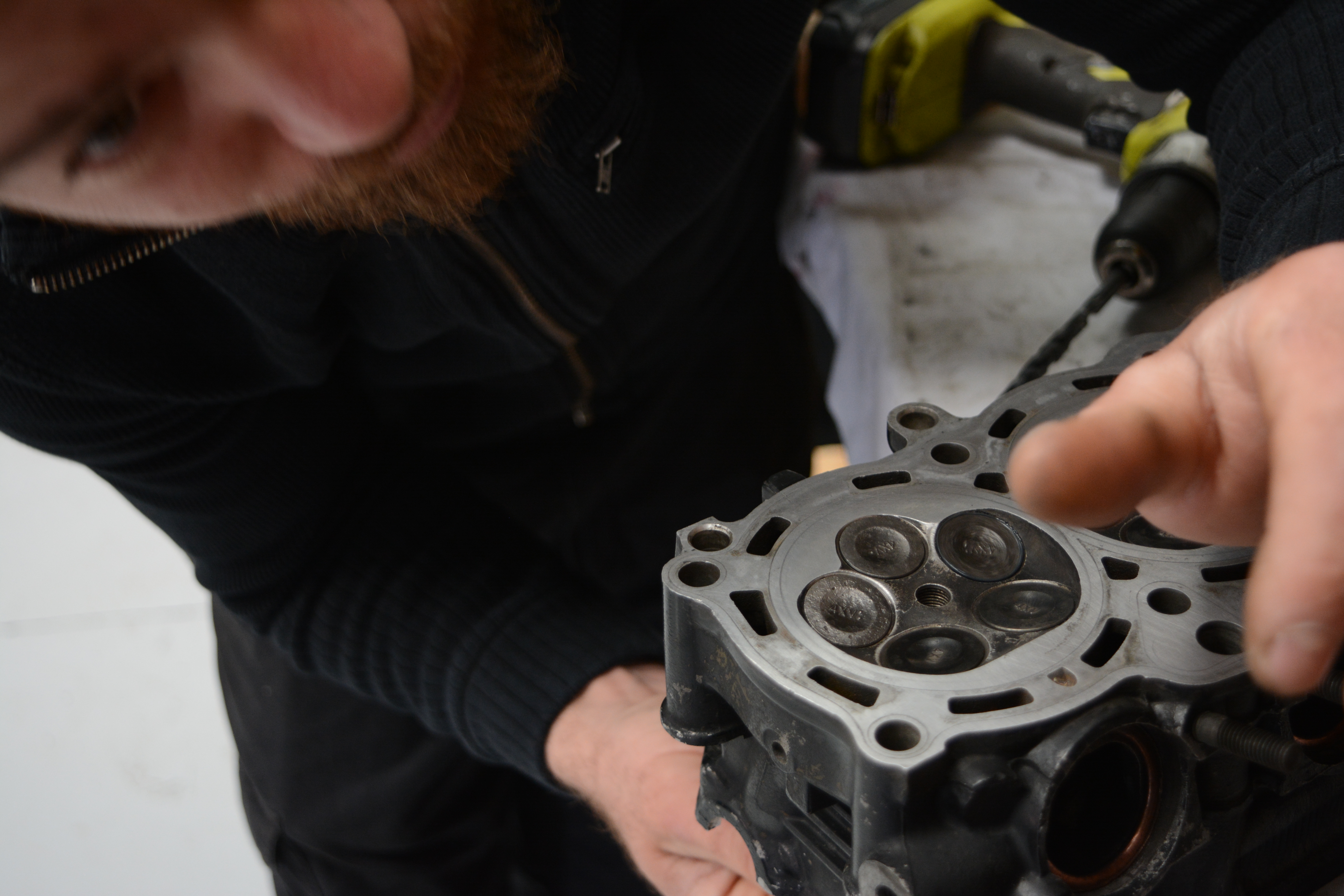 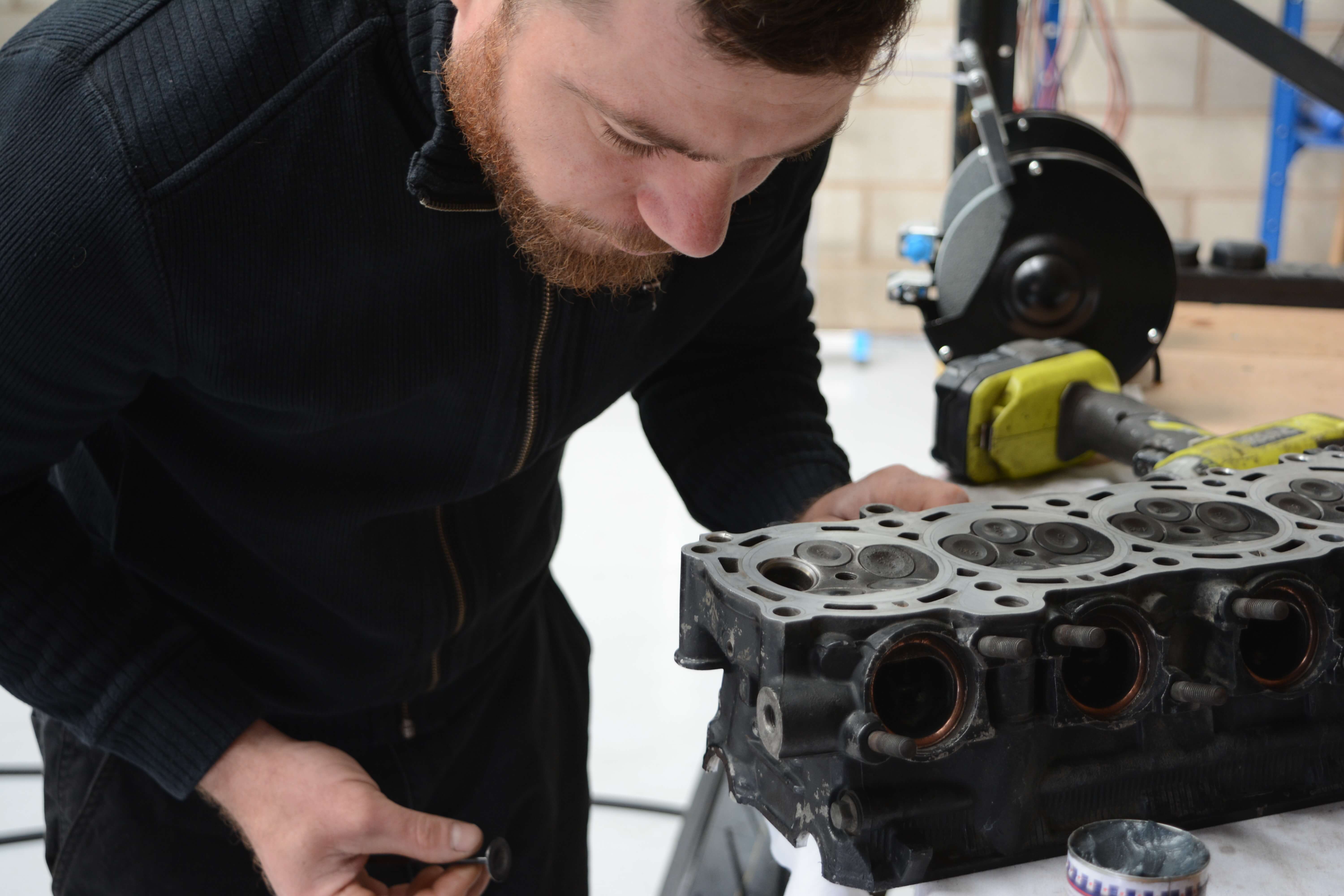 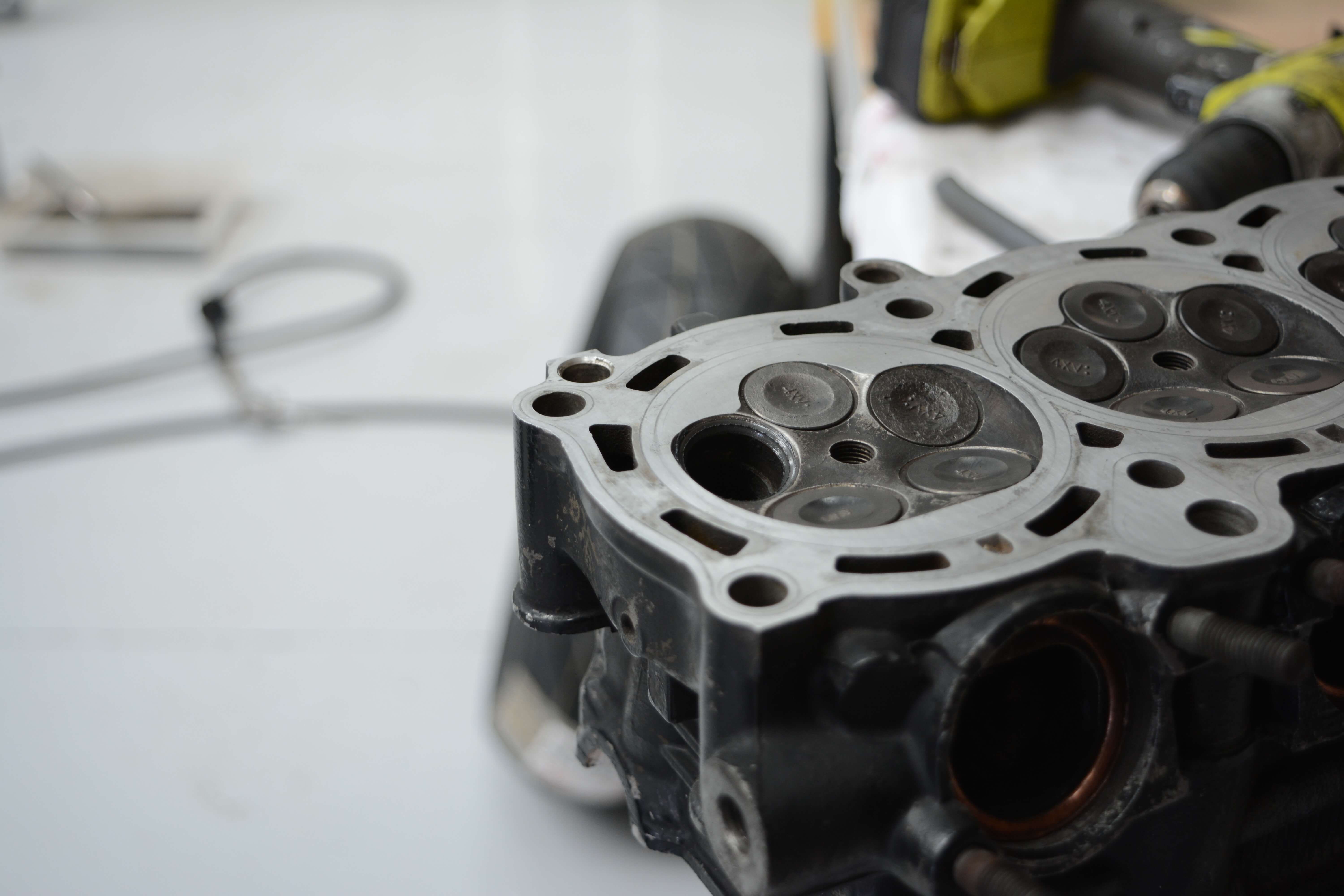 Unfortunately age and mileage have taken their toll on this beautiful bike and new noises have started coming up. So, in order to prevent any critical damage inside the engine, we decided to take it off, open it up and assess the internal wear.

Before disassembling the engine, it’s worth noting the compression was at 14 BARs (14.5 being the levels when new) on all cylinders, meaning the engine doesn’t have any cracked liners and all the valves seal properly.

After taking the engine apart and measuring all the parts according to the bike’s repair manual, we came to the conclusion that the engine will need the following:
1. New piston rings – because on a hard ride, it started to consume more oil
2. New timing chain – the old one got longer and noisier
3. New main bearing shells and con-rod shells – all the measured clearances were within serviceable specs, but a renewal made all the sense
4. A new set of gaskets
5. A new set of valve stem seals

All the parts got cleaned and measured to make sure they are within specs and serviceable condition. As the cylinder head was in a pretty good shape and all the valves sealed properly, we decided to just lap them in. The pistons, the crankshaft, the gearbox and all the other related parts got a good clean as well.

Soon, the new parts arrived and it was all ready to be put together like a big, fun puzzle.

When the parts arrived and we started to reassemble the engine, we followed all the procedures and specs from the repair manual, including the valve clearance adjustment.

Once the reassembly was done and the engine was once again back in the frame, all the “plumbing” (wiring looms, cables, EXUP cables etc.) was fitted by the manual’s diagrams.

As you can see in the video, the engine started on the first go, as if it was its very first time.

At the moment we’ve already done almost 300 miles in the breaking-in process with a 10W40 semi-synthetic oil and so far everything is in sound condition and the bike runs as good as new. After another 300 miles of slow-ish and moderate riding, we will do another oil change with a 15W50 fully synthetic oil.

Nick & Stefan Motor Works is a full mechanical service for all makes and models of cars and motorbikes. If you have any questions about your car, motorcycle or light commercial vehicle, get in touch with us right now